I caught up with our resident self-professed education marketing nerd Alex - Alex joined the psLondon team during lockdown but didn’t let remote working stop him from injecting his personality into the business. I wanted to catch up with him about all thing’s HE, his passion for inclusivity, as well as his love of Norwich and his dog Bob. But before we got to discussing the agency’s favourite canine, we started by understanding what he does here at PS:

ACR: As Head of Education & Not-for-profit here at PS, my role is slightly different to everyone else’s within the agency. Where everyone else focuses on specific skillset (be that client management, strategy, or creative), my role focuses on specific sectors. I work across the work we do in the education or charity sectors as the category specialist: from client oversight and leadership with the Client Partnerships team, to sector specific insight and strategy with our Strategy team, as well as working closely with our Creative teams to deliver the very best brands and communications for current and potential university and charity clients.

It's a pretty niche role, but it fits well with Alex’s background. I wondered if he’d share how he found himself at PS…

ACR: After graduating with a degree in Fashion Marketing, my career took a bit of a swerve when I was elected Students’ Union President, which is when I fell in love with Higher Education and Charity Development. I’ve been lucky enough to work both client side as a Marketing Officer, Manager and Head of Marketing at several institutions, before crossing to the ‘dark side’ about 7 years’ ago.

Since then, I’ve worked in digital marketing, media planning and buying and creative agencies, all specialising in university student recruitment and charity fundraising. And I’ve loved every minute of it, as I genuinely believe we’re helping universities to recruit the right students, with ethical, insight-led campaigns – meaning we’re helping young people find the right future for them.

I’ve worked in education marketing for over a decade now and have spent a lot of time in and out of work in the charity sector – both as a marketer and a volunteer.

"I’ve dipped my toe in other sectors (such as property, tech, FMCG and finance), but somehow, I’ve always found myself missing education."

It sounds like you were one of those students who loved university and never wanted to leave. If there was an award, what award would you have received at university?

ACR: Ultra Keeno – I was the student who got involved in EVERYTHING – from Student Ambassador to LGBT Soc President, Faculty and Course Rep to Student Governor – if I could run for it, I went for it! For an undergraduate student to know all the University leadership by name is unusual, but there I was, chatting to the PVCs whenever I saw them. Then when my university wasn’t enough, I went on to the national stage and ended up on the National Executive Council of the National Union of Students.

It’s obvious Alex’s personality hasn’t changed much since university – he really is the king of a good chat. I wondered whether Alex still considers himself a bit of a keeno?

I must confess, yes I am. When I worked in a large agency, I helped found their LGBTQ+ employee network (which went on to be named a Top 10 Network at the British LGBT Awards, just saying…). I have also found my volunteering and activism slip into my working life as well, which I’m incredibly grateful for.

"As someone living with HIV, it’s one thing to be able to work openly with the condition - it’s another thing to have your colleagues support you and the work you do."

I’ll always appreciate my colleagues hosting a Drag Bingo in support of the Terrance Higgins Trust for World AIDS Day a few years back, it was an incredibly fun and moving night.

Speaking of campaigning, Alex is active and very open when it comes to the LGBTQ+ and HIV positive communities. He shared more about where that passion comes from.

ACR: Absolutely – I very much am an open book when it comes to my lived experiences, both as a gay man and someone living with HIV. I have so much energy and as a teenager, so much of it was being taken up by not being true to myself. I am a bad liar… so I decided when I was 13, I was always going to live my truth and concentrate on using my energy in positive ways. Which is why I think clients like working with me – because you’re going to get my thoughts, feelings and emotions – no matter what.

And a serious test of this came when I was diagnosed with HIV. I had so much shame and was stigmatising myself, so when the opportunity came for me to live openly with HIV, I took it. It did happen to be on national television mind you… I’m an all or nothing kind of guy!

Since then, I’ve been so lucky to work with some incredible charities and activists to bring about real change for people living with, or at risk of, HIV - both in the UK and the Global South. Plus, people are having open conversations about HIV in a way that I could barely dream of 6 years ago.

Both Alex and I share a passion for diversity and inclusion within psLondon and beyond. He’d have lots to say about the impact of diversity on businesses and institutions…

ACR: I have a very strong sense of ethics which has driven my passion for equality from a young age.

"I’m so lucky that I’ve been able to bring my passion for inclusion into my work at ps (thanks Robert & Speighty!)"

There are three main areas that are impacted within an organisation when they embrace inclusion properly (which just happen to be in our guide to inclusive brand communications):

Without further ado, it was time to discuss everyone’s favourite canine – Bob.

ACR: Oh Bob, Lord Bobbington the Third, Bobmeister 5000 – also known as the only thing that kept me from talking to inanimate objects during lockdown (that’s a lie, I had a lot of deep and meaningful conversations with the fridge…).

Just before lockdown happened, I made a decision to give London a bit of a break – I’d turned 30 and was still living in a flat-share in Clapham and was having a bit of a 1/3 life crisis. I wanted to live in a house by myself and more importantly – get a dog! So, I made the decision to move back to the motherland – Norwich (and thanks to lockdown, I’m still here!).

I really wanted a weird dog, but when I got to the animal rescue centre (adopt don’t shop!), I met the sweetest Jack Russell x Chihuahua, who had been rescued from Ireland and we connected instantly. Thankfully, although he’s absolutely gorgeous, he’s also the most beautiful weirdo, who just loves human attention and playing with other small dogs.

Be warned though – if you end up on a Zoom with me, he’ll insist on sitting on my shoulder like a parrot for the duration of the call… He’s become a staple on video-calls at ps.

Alex mentioned Norwich just then and he’s quite the cheerleader for the ‘Fine City’. Luckily, he had some recommendations for our readers who might want to become Norwich visitors.

ACR: If you’d told 25-year-old me that I’d be such a Norwich cheerleader, I’d have been rather shocked - I left at 18 with no intention of returning. But since moving back, I’ve fallen in love with the city – I love that that extends to my work too, as one of our clients at ps is the University of East Anglia.

Second is the history – according to my dad, there was a time when Norwich was the UK’s second largest city – and it shows! Whether it’s the Norman Castle in the city centre, the two cathedrals, the medieval buildings and city walls – there’s so much history to explore.

Thirdly, the calmness is often remarked on by visitors. There’s so much green space in and near the city, so you don’t have to go far. We’re the only city in the UK located in the middle of a National Park, so you’ll find the Norfolk Broads very close indeed. Oh, and you’re only 30 minutes from the beach, which helps!

I knew Alex could go on about Norwich for days – he should be on the Norwich Tourism Board! We made a quick step-change though, as my final question was which client he would work with, if he could choose any for ps?

ACR: I’m going to be a super education marketing geek here and say I think we’re already working with them – UCL.

"I’ve always dreamt of working with the world-leading University in some way or another due to their ethos of disruptive thinking and leading progress (did you know they were the first UK university to teach women and those of diverse faiths?!)."

To get to support them with marketing and brand strategy is a bit of a dream come true.

If it’s one we’re not already working with, I’d say most likely an animal charity such as Battersea Cats & Dogs Home, or a HIV/LGBTQ+ health charity. I’d be really keen to work with someone like the Terrence Higgins Trust, as I know our insight led approach could help them. There are so many misconceptions within the general population when it comes to HIV – people think it’s still a death sentence or really transmittable – both of which are not true if you’re on effective treatment. I really think that the way we develop campaigns and the incredible communication ideas that come out of our studio could create meaningful difference for a charity like THT and HIV Prevention England with the NHS and PHE. 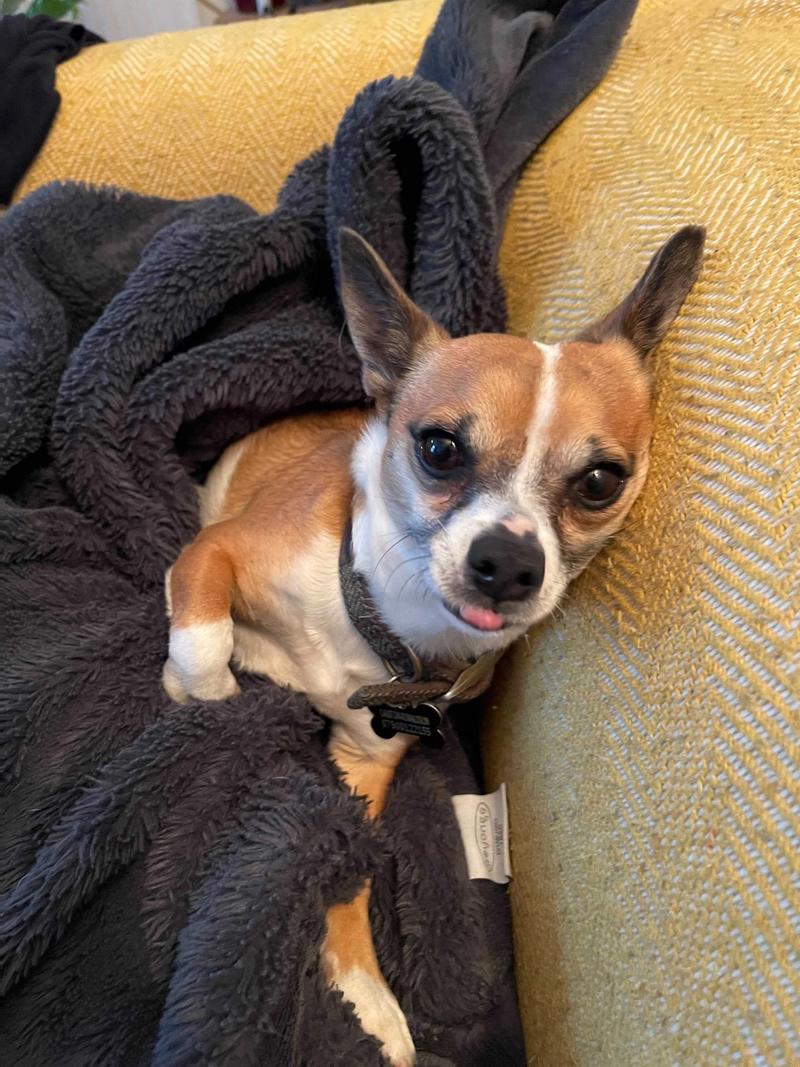